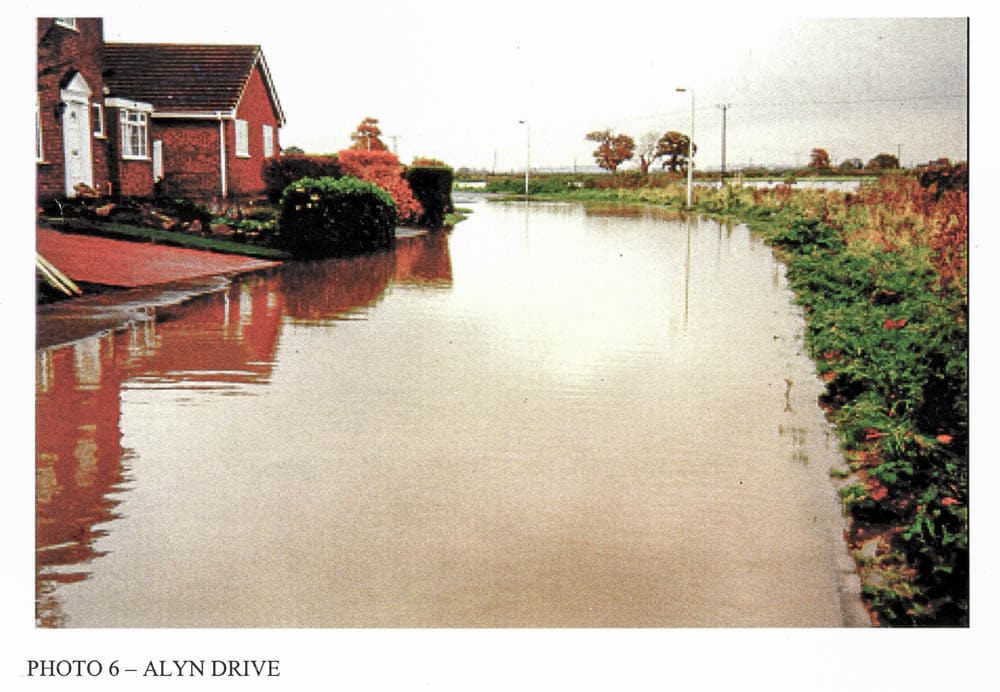 On 16 July 2002 the Environment Agency Wales (Now Natural Resources Wales) gave evidence at the Wrexham UDP Enquiry on flooding in Rossett in respect of a proposed development site put forward by Castlemead Homes. Castlemead had applied to build houses on land between Alyn Drive and the River Alyn known as Water Meadows. The proposal was supported by the Wrexham Planning Dept and the Environment Agency.

Rossett Focus Group have uncovered archived images that were presented to the EA by local residents to back up their claims on the extent of flooding in November 2000.

The 11 images are shown below. Photo’s 1 to 8 show flooding on Alyn Drive around the junctions with Grosvenor Crescent while photo’s 9 to 11 show flooding on the application site opposite Brandon Close. Further topographic survey work was undertaken by the Agency at locations of flooding shown in the photographs, notably Alyn Drive / Grosvenor Crescent and land opposite Brandon Close.