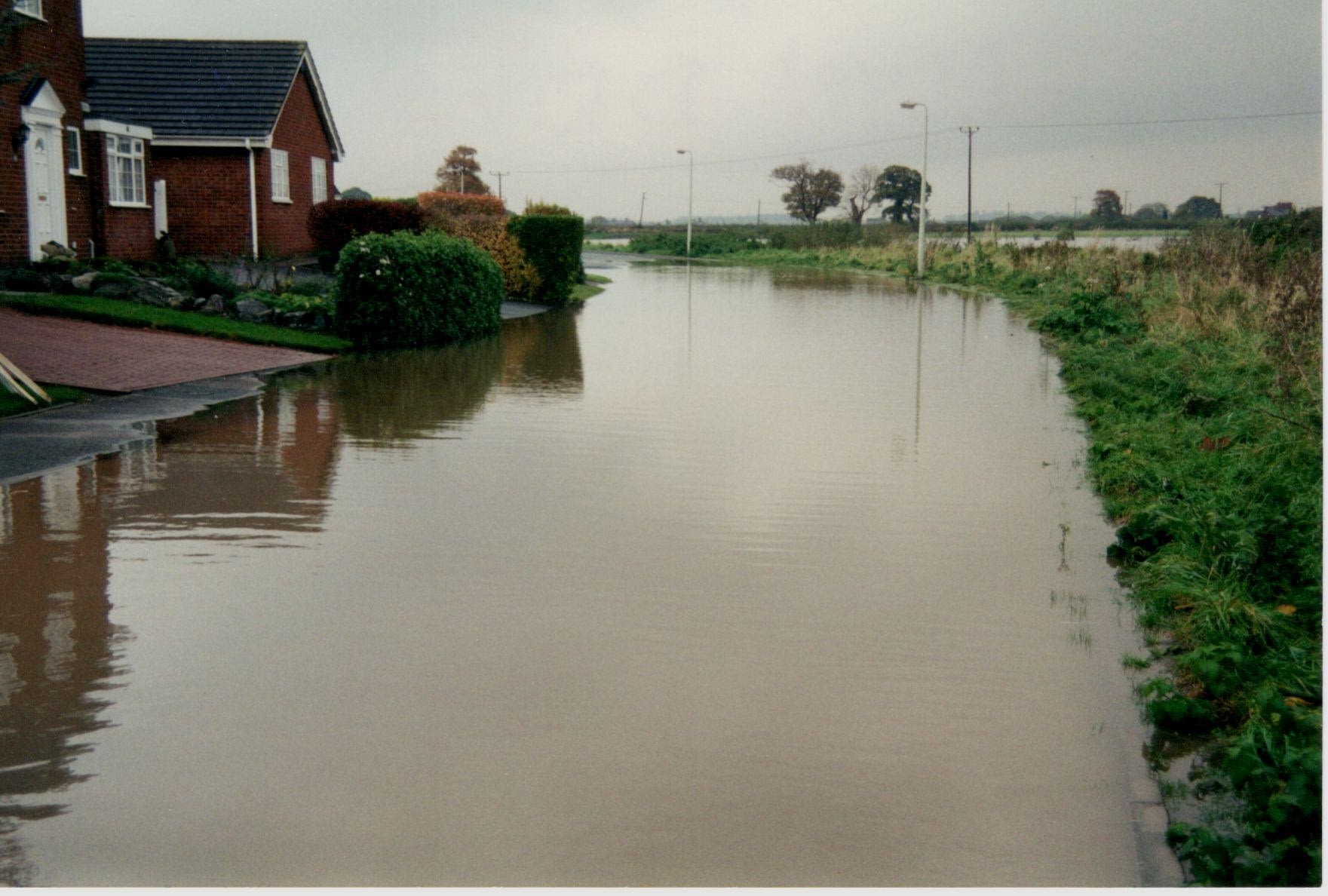 Defective Footway on Holt Road (B5102)

It has now been established that the Equality Commission wrote to the Chief Executive of Wrexham Council on the 8th September 2020 regarding potential non-compliance with Public Sector Equality Duty and the Council response is yet to be seen on this issue. Failure of a local authority to comply with Public Sector Equality Duty will put a Local Authority on a collision course with the Equality Commission and can result in legal action against the council for failing to protect persons with protected characteristics.

Over the last 5 months protracted correspondence has taken place with NRW and the Flood Records that guide their advice to Planning Authorities especially in Rossett. In July RFG made a formal complaint to the NRW Chief Executive centring on the NRW advice and information being provided in connection with Flood Guidance in Planning matters, especially on a site here in Rossett Wrexham. The vagueness of the response resulted in RFG placing a formal Freedom of Information (FOI) request on NRW seeking the answers to detailed questions.

To summarise all of the correspondence below which has now concluded, it has been shown that NRW have no detailed evidence to support the claims that the Rossett Site in question (Bellis Fields) will not flood, they have no evidence of the 1964, 1976 flood incidents, they have only a Police Helicopter Flyby to inform them of the 2000 flooding event. In addition, NRW have confirmed that the predicted flood level in Harwoods Lane area is 13.60m AOD which indicates that the risk is greater than that of Nov 2000 as the flood lines measured by RFG were 13.37m AOD on Harwoods Lane. The predicted flood height of 13.6m is above the levels of the surrounding fields and a large part of Harwoods Lane thus placing the proposed housing development in the area at risk of flooding.

The latest reference to Flood Mapping (see correspondence below) relates to the Consultation on the Latest Welsh Government Document on Flood Prevention TAN15 which has just published its new draft maps for the whole of Wales. In this latest map the site we have been discussing is now illustrated as substantially a Flood Zone 2 undefended map location.

RFG are again responding to the TAN 15 Consultation which ends in January 2021. The latest mapping largely mirrors the Topography of north & south Fields already displayed on this web site under Section 10 of Flooding & Insurance Risk.

During recent weeks RFG has been contacted by BBC Panorama who are producing a documentary on Flooding in Wales. The BBC have identified Rossett as a location where recently 132 houses were approved on appeal by the Welsh Minister in a flood prone area. We have provided details of our concerns to the producers and we understand that the Panorama Programme may be transmitted in December 2020.

The response to our complaint was received at the end of July 2020. This response from NRW was both helpful in part and vague on many other points in relation to the formal complaint. As a result of the vagueness of the response RFG placed a formal Freedom of Information (FOI) request on NRW seeking the answers to detailed questions on their evidence base for the Flood Events in 1964, 1976 and 2000. The information disclosed indicated that NRW had no evidence to support their assertions that sites in Rossett would not flood and that the 2000 Flood Outline Record was based on a Police Helicopter Flyby in 2000 which was digitised in 2014. The disclosed response is shown at the end of this article. RFG regarded the FOI response as somewhat inadequate and in August 2020 raised further queries and NRW responded to this second request as follows:

RFG – “I have now taken the opportunity to fully examine NRW response and find that the detailed 2000 Flood Map information is somewhat inadequate and fails to accord with photographic records of the time in the Rossett locality. As a result I have attached a letter on behalf of Rossett Focus Group (RFG), including photographic evidence pointing out the deficiencies in the record and seeking clarification on the overlap between answers to Q4 and Q5. I shall therefore be pleased if you will let me have your valued response from NRW to totally close the FOI request.”

“NRW produce the Development Advice Map (DAM) based on our 0.1% Annual Flood Probability map (Flood Zone 2, undefended map). This is a modelled outline supplemented in some areas by historic flood outlines where they extend beyond the boundary of the modelled outline.

The information you have provided does not show the development site off Harwoods Lane flooded and the additional flood photos you provided in your recent response only confirm areas already identified at risk in our Flood Zone 2 outline, and also documented in our DAM. These are the maps used by NRW as part of the planning advice service.

With regards flood levels at the edge of the flood outline the Broadscale modelling does not produce peak water levels, only outlines, so I cannot provide a level for these. The more detailed modelling produces a water level within the channel which would not be relevant. However, for your information we are in the process of completing a more detailed modelling study for Rossett which will be used for a new all Wales Flood Risk Map (Flood Risk Assessment Wales). This is due to be published later this year, replacing the current information. It will replace both the broadscale and detailed modelling information for this reach of the River Alyn. For reference I have indicated peak flood levels for this study on the attached map. Whilst I cannot yet share these outlines I can confirm they produce a similar outline to the current maps. Outlines for this work will be available in the new maps once published”.

Further correspondence continued with NRW in October and the Final November 2020 response is shown below:-

RFG – “Can NRW confirm that the broad  hydraulic modelling location shown on the Flood Outline Map at 13.60m AOD can be interpreted as the peak level that will be included in the revised Development Advice Mapping to be released later this year and that the height of 13.60m AOD will now be used to indicate a peak level on Harwoods Lane on your 0.1% Annual Flood Probability map (Flood Zone 2, undefended map)”

“The 13.6mAOD water surface level provided is taken from the hydraulic model at that specific location. This level cannot be used to project upstream or downstream as these levels will vary significantly based on the topography and predicted water surface profile. We are unable to provide any further information in relation to this request other than what has already been provided”.